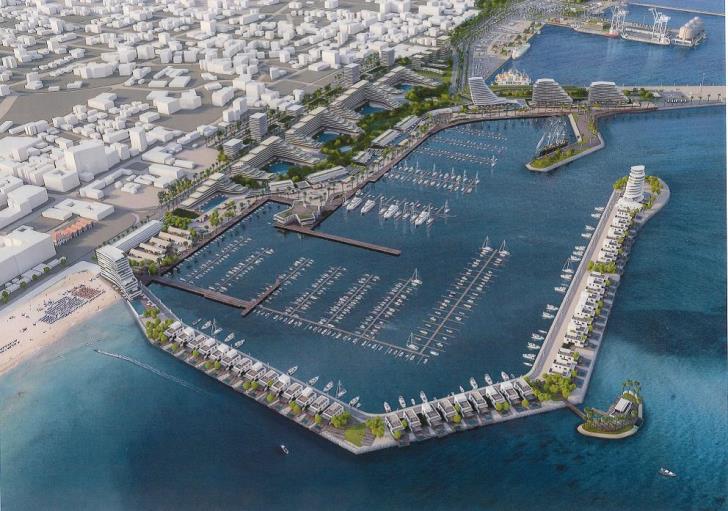 The long-awaited €1.2 bln redevelopment of Larnaca port and its marina got the final green light Monday after the Transport Ministry sent a ‘Successful Tenderer Letter’ to the chosen consortium after protracted negotiations.

Tender negotiations between the two sides have been ongoing since late 2018 when the consortium’s bid was the only one left on the table after a number of bidders pulled out.

Cyprus Transport Ministry said the letter essentially marks the end of the tender process and the whole project can now move on to the next stage with the signing of contracts between the two sides.

Once the agreement is signed, a 12-month transition period will follow during which the investor will take over the project in its entirety.

This involves the restructuring of the marina for at least 650 berths, the port and surrounding land development over an area of 220,000 sqm spanning to a total of 510,000 sqm.

The development, which also involves real estate, is expected to see the consortium invest around €1.2 bln in the project.

Plans include the development of the marina with the latest technological infrastructure, turning Larnaca port it into one capable of serving large vessels with the expansion of piers, docks and the construction of a modern passenger terminal.

As part of the marina development, there will be a yacht club with a retail park, plus hotels, a private island and residential properties.

Port works will also include the expansion and management of the port, improving current infrastructure such as the interior road network, storage space as well as creating a new terminal for cruise ships and utilising the port for cargo management.

The area between the marina and the port will see infrastructure works carried out, including a road network, green areas, parks, open spaces for events, as well as education and medical centre.

The consortium is also planning residential and commercial development with innovative architecture, streets, and parks.

The project is expected to be completed over a period of 10 to 15 years.

According to the Transport Ministry, the project’s added benefits to the economy should surpass €120 mln annually once fully developed.

Under the proposed venture, it is estimated that the state will receive more than €19.6 bln during the lifetime of the project which includes the 125-year lease on the real estate.

The BOT project will see the government receiving a fixed rent and a percentage of the revenue generated through a concession agreement with the port/marina operated on a 40-year lease and the real estate is acquired on a 125-year lease.

After 40 years the port and marina can be handed back to the government who will then decide on their management.

The complete project will span over 10 years as it includes building two hotels (lifestyle/business), nine office buildings (mixed-use) of up to 15 floors each and six luxury apartment blocks up to 13 floors each. 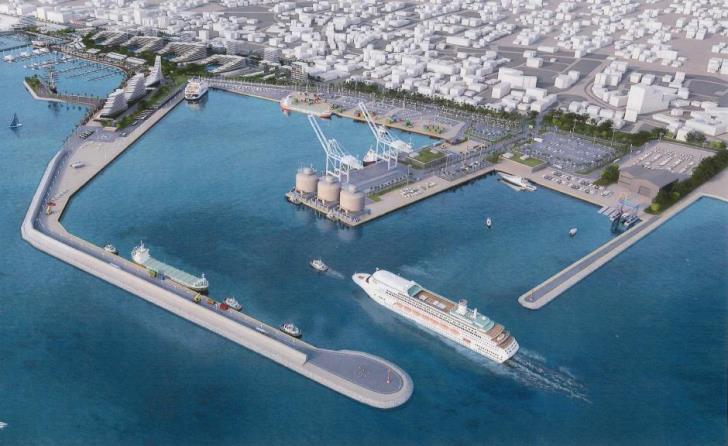 The proposed €1b joint Larnaca port and marina project, the first designs of which were released to the media on Friday, will bring radical changes to the area.

Highlights of the proposal include hotels and residential towers at the marina, while the port will be expanded to be able to serve large cruise ships.

Transport Minister Yiannis Karousos announced the agreement between the government and the Cyprus-Israeli consortium Kition Ocean Holdings that is behind the project at a meeting with mayors of Larnaca district on Thursday.

Karousos described the deal as historic and said contracts will be signed in 10 days.

Larnaca Mayor Andreas Vyras welcomed the long-anticipated agreement which he said marked a new era for the town, the district as well as the economy more generally.

The project provides for port infrastructure, a marina, redevelopment of the land, a road network, green areas, parks and pedestrian areas as well as residential units and catering and recreation establishments over a period of 10 to 15 years.

Kition Ocean Holdings is proposing expanding the current marina so that it can berth 650 boats of between five and 150 metres.

The new marina will have catering venues, recreation and green areas, children’s play areas, shops, hotels, luxury villas and an educational and medical centre that can host students to study and train in hotel management, medical studies and marine studies.

At about €1b it is considered the biggest investment in Cyprus to date and on completion will create 2500 new jobs and create considerable revenue for the state.

Vyras told Phileleftheros that according to the briefing given by officials, the investment is within the framework sought by the town.

Vyras said work may start at soon as later this year.

Based on the Finance Ministry’s study the investment will lead to a €120m annual increase in Cyprus’ GDP.

Combined with the relocation of petrol facilities and the freeing and development of that section of the coastal front, the new project will give further momentum to Larnaca’s growth.