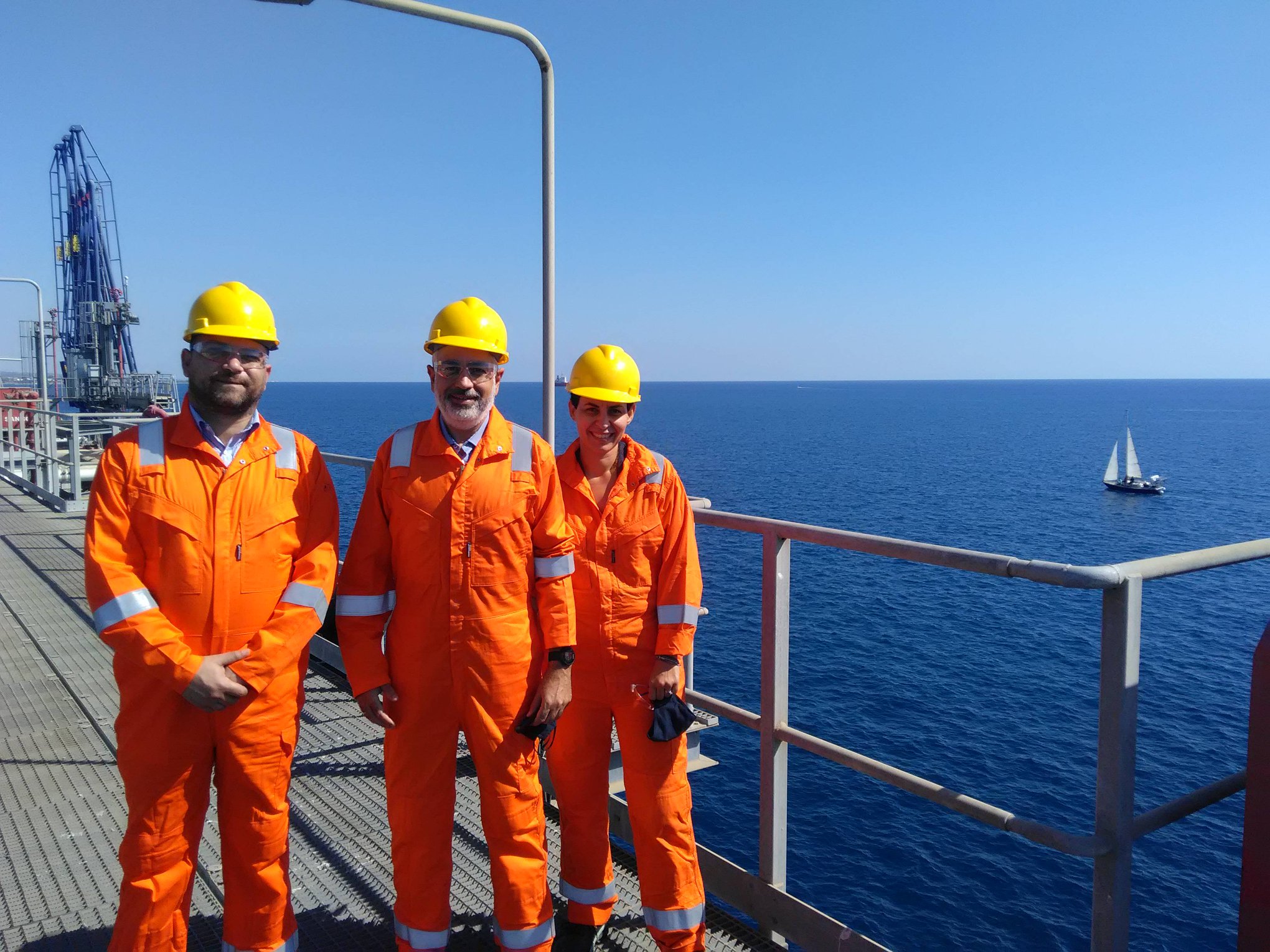 VTT Vasiliko, the Dutch-controlled international energy trader playing a key role in developing the Vasiliko energy hub since 2014, has two more storage projects in the pipeline worth about €150 mln.

The new projects will also boost the Cyprus maritime sector to benefit from increased cargo traffic, as well as services provided by local companies.

Deputy Shipping Minister Vassilis Demetriades visited the VTTV premises where he reviewed first-hand the ship-to-shore fuelling facilities and was also briefed about the upcoming projects.

“The facilities and services provided at the liquid fuel storage terminal at Vasiliko are of the highest standard. What is more impressive is the ultra-modern jetty for the loading and unloading of tankers, as well as the unique ship-to-ship fuel transfer,” Demetriades said.

The junior minister said the synergies of the energy and maritime sectors are evident at Vasiliko, offering great potential to the Cyprus economy.

VTTV’s CEO, George Papanastasiou, said the terminal was the biggest foreign direct investment in energy infrastructure that has a direct impact on shipping.

VTTV owns the state-of-the-art jetty in the Vasiliko port, at proximity to the country’s power plants.

It can be adapted for the upcoming FSRU terminal that will provide natural gas for consumption by the local energy producers, primarily the Electricity Authority of Cyprus.

The project, a subsidiary of international oil storage terminal operator VTTI B.V., 50% of which is owned by Dutch Vitol, features 28 tanks with a total storage capacity of 545,000 cubic metres of core fuel (diesel, gasoline and jet fuel) a deep-water marine jetty as well as road tanker loading facilities in phase one.

“The terminal, in conjunction with the island’s strategic location near the Suez Canal, places Cyprus on the map of these fuel transports,” Papanastasiou said.

Papanastasiou told the Financial Mirror that the two projects underway are a small private LNG terminal that is earmarked to cost €15-20 mln, able to serve the local market and also exports to nearby markets, such as Lebanon.

The second is a larger project that is expected to cost some €120-130 mln and will store the Euro-spec output of a major regional refiner for supply to the European markets.

He said VTTV storage is at near-capacity and could not offer its service to oil majors when the price of US crude turned negative in April when the price of the benchmark West Texas Intermediate (WTI) fell as low as minus $37 a barrel.

VTTV is also part of the H4E Gasfuel consortium for the design and construction of a floating storage regasification unit (FSRU) in Cyprus.

The consortium includes Norway’s Hoegh LNG, which has submitted a proposal for the installation of an FSRU in Cyprus by next year.

The consortium aims to provide liquefied natural gas to Cyprus as soon as possible, which will reduce electricity costs for local consumers as well as gas emissions and gas emissions taxes.

With its proposal, Hoegh LNG “offers Cyprus the installation, within the first quarter 2021, of an FSRU at Vasiliko and a pipeline to transport the gas to the EAC’s power plant and potentially other users.”

It said the proposal “does not in any way interfere with the government’s plans, while the Cyprus government will be able to save over €100 mln per year from 2021 onwards, by switching power generation to burning natural gas from heavy fuel oil.”